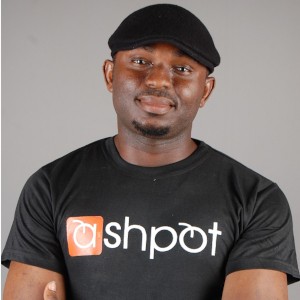 "Psalms Kalu is the CEO of Ashpot - a software company in Nigeria that builds enterprise solutions with Python and AWS Cloud; and trains developers as well. He has over a decade experience in software engineering and is passionate about improvement of technology awareness and accessibility of IT education in his local community Abia State where he serves as a mentor to the Python and PyData community.
He is currently a member of the Board of Directors at Python Nigeria"

There has been a lot of interest in Machine Learning and Artificial Intelligence lately. Everyone seems from the data scientists to the business analysts, and the web developers are so interested in this fields. I notice that most people who build machine learning models are not good in web development and deployment. So most times it is left for the web developer to deploy those models and integrate them into the web project.

As a Django developer, this is an important knowledge to possess as more and more machine learning models are being built these days. Sooner or later you will find yourself having to do this or even having this become part of your daily work demands.
This is going to be a hands-on workshop session in which we will build a simple deep neural network from scratch using Keras and deploy it into a Django project so that users visiting our website can supply data which our model can make predictions from.
The workshop is practically going to consist of two parts. The first part is where we build the neural network. This part of the workshop will introduce Django developers to how neural networks work and how they are built, and the second part will be the deployment of the neural network in a Django project.
Truth is whether it is a neural network, regression model or any other form of machine learning model, the process we will use to deploy this neural network can be applied to deploy any form of machine learning model in Django.