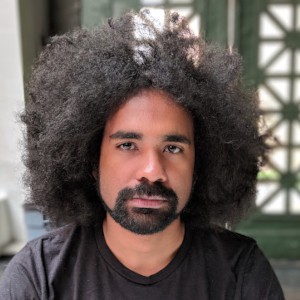 Visualizing the Rubik's Cube in Python

Dustin Haffner is a professional software developer based in the San Francisco Bay Area with over ten years of experience. He currently works for Netflix in Los Gatos, CA as a senior software engineer. Prior to that he was an engineer at Neurotrack, a startup based in Redwood City, CA whose goal is to help detect and prevent cognitive memory loss. Outside of his full time role, Dustin also does freelance work and is proficient in all areas of development, including systems programming, machine learning, app and web development, and interface design. Dustin is also a member of /dev/color, a non-profit based in San Francisco whose mission is to empower Black software engineers to help one another grow into industry leaders.

Earlier in his career, Dustin was a software developer for CBS Corporation for over two years. Dustin has also completed software engineering internships with Apple (2010) and Palm (2009). Dustin holds a Bachelor of Science in Computer Science and Mathematical Sciences for Carnegie Mellon University (Class of '11).

The Rubik's Cube is a fun puzzle, enjoyed by people of all ages. It has some very interesting mathematical properties. In this talk we will explore the Rubik's Cube under the lens of Graph Theory and use Python to create a visualization of the Rubik's Cube for the web.